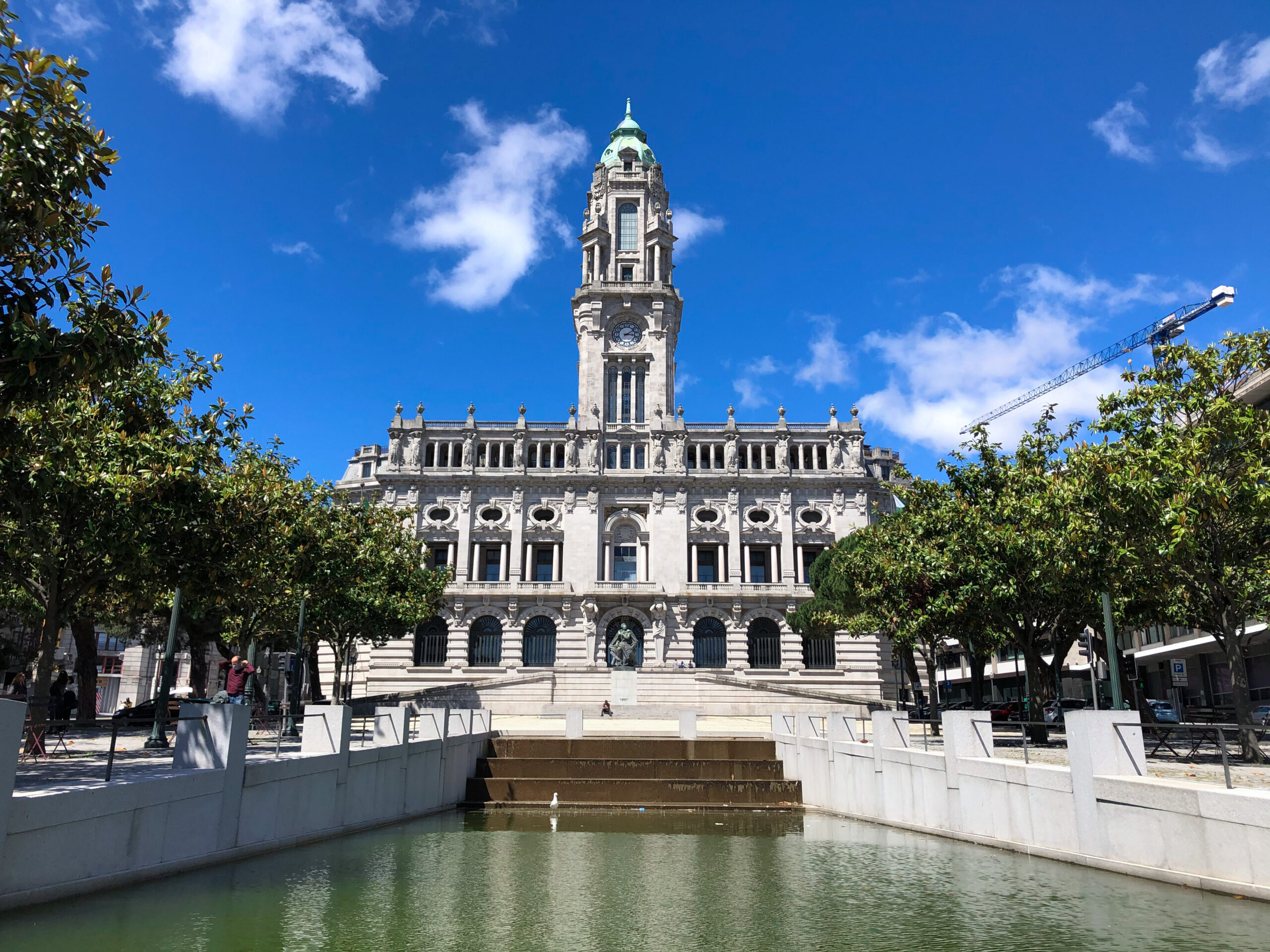 Located between two squares, that of Leões, at the top of Clérigos, with Livraria Lello, the tower and galleries, and that of the Republic, Rua Mártires da Liberdade, right in the historic center of the city of Porto, has been gaining new airs. It, who has always been conservative, full of traditional businesses and services, such as antique dealers, bookbinders, carpentry workshops, metalwork, is surrendering to modern times.

Cafes, real estate developments and trendy stores have been installed in old buildings, changing the area’s vocation and attracting many tourists. In fact, it is exactly on this street that is the newest launch of Incorporadora Cabrália – Mártires. Let’s get to know the region?

For those coming from Carlos Alberto, on the right, is the legendary Livraria Académica, built in 1913. It is a meeting point for the intellectuals of Porto.

In Carlos Alberto’s garden, the facade of the Hospital da Ordem do Carmo will be another luxury hotel.

Following on Rua Mártires da Liberdade, there is the Companhia União de Crédito Popular, grouping pawnshops and jewellery, since 1875. Today it still has 60 thousand customers.

Galerias Lumière (where a cinema used to be), which have recently been restored, with nice commercial spaces around a food court. Inside is the Livraria Poetria.

There is also the Cedofeita Market. One of those regional businesses that has it all. Food, wine, perfumery and alike.

On May 7, 1829, twelve men loyal to D. Pedro IV, were killed by order of the miguelista court, in Praça Nova, currently Praça da Liberdade. The City of Porto paid homage to these martyrs, not only keeping the remains in a Mausoleum at the Prado Repouso Cemetery, but also with Rua dos Mártires da Liberdade. It starts at the junction of Rua da Conceição and Travessa de Cedofeita and at the end of Rua das Oliveiras. Coming from Praça de Carlos Alberto, the Estrada de Braga started here, continuing through Lapa, Paranhos and Amial to the city limits.